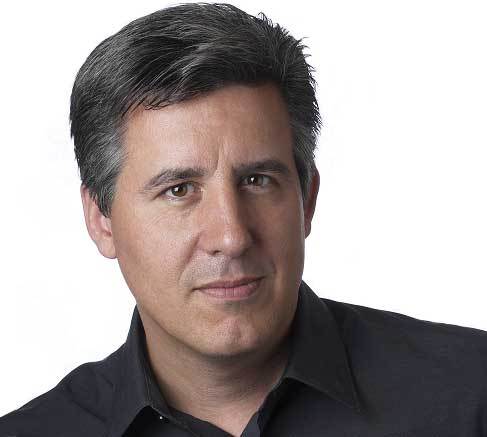 Daniel Suarez (born December 21, 1964) is an American information technology consultant turned author. He initially published under the pseudonym Leinad Zeraus (his name spelled backwards).
His career as an author began with a pair of techno-thriller novels. The first one, Daemon, originally was self-published under his own company Verdugo Press in late 2006. It was later picked up by the major publishing house Dutton and re-released on January 8, 2009. His follow-up book FreedomTM was released on January 7, 2010.
The Wall Street Journal has reported that Walter F. Parkes, who produced the 1983 film WarGames, has optioned the film rights to Daemon with Paramount Pictures, however these rights likely reverted to Suarez on 8 December 2012.
Suarez announced that he was writing his third novel, "which deals with autonomous drones and next-gen, anonymous warfare" via his Google Plus Account on 20 November 2011. That novel, Kill Decision, was released on July 19, 2012. His latest book, Influx, was released on February 20, 2014.