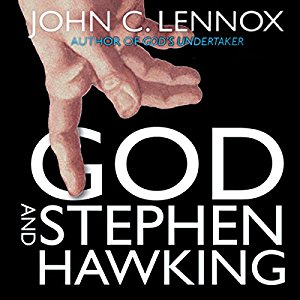 It certainly is a grandiose claim to have banished God. With such a lot at stake, we surely need to ask Hawking to produce evidence to establish his claim. Do his arguments really stand up to close scrutiny? I think we have a right to know.

The Grand Design, by eminent scientist Stephen Hawking, is the latest blockbusting contribution to the “New Atheist” debate and claims that the laws of physics themselves brought the universe into being rather than God.

In this swift and forthright reply, John Lennox, Oxford mathematician and author of God’s Undertaker, takes a closer look at Hawking’s logic. In lively, layman’s terms, Lennox guides us through the key points in Hawking’s arguments – with clear explanations of the latest scientific and philosophical methods and theories – and demonstrates that far from disproving a creator God, they make his existence seem all the more probable.