The McMahon Line: A Century of Discord by J. J. Singh (General, Ret.)
Requirements: .ePUB/.AZW3 reader, 2.19 MB (azw3) + 2.08 MB (converted epub)
Overview: Sir Henry McMahon, a British colonial administrator, drew a line along the Himalayas at the Simla Convention of 1913-14, demarcating what would in later years become the effective boundary between the Tibetan region of China and the north-east region of India. The boundary, disputed by India s northern neighbour, has had a profound effect on the relations between the two Asian giants, resulting most prominently in the war of 1962 but also in several skirmishes and stand-offs both before and after that. Fortunately, since the 1980s, the leadership of both nations has adopted a statesman-like approach by opting to constructively engage and resolve the issue in a peaceful manner. Nonetheless, the unresolved boundary continues to be a thorn in the side reaching a flashpoint at the tri-junction between Tibet, Sikkim and Bhutan in Doklam in 2017 and may derail all the progress in bilateral ties if left unattended. General J.J. Singh former Indian Army chief and Governor of Arunachal Pradesh brings his long years of experience to bear on Sino-Indian relations in The McMahon Line. He examines the evolution of the boundary and the nuances of British India s Tibet policy from the eighteenth century through to India s Independence, analyses the repercussions for contemporary times and puts forth recommendations for the way ahead. The McMahon Line is an important treatise that advances the understanding of the strategic balance in a geopolitically sensitive region.
Genre: Non-Fiction > History > Asia 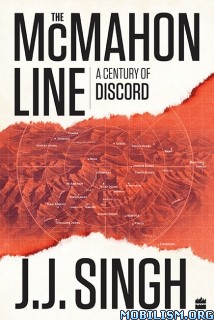